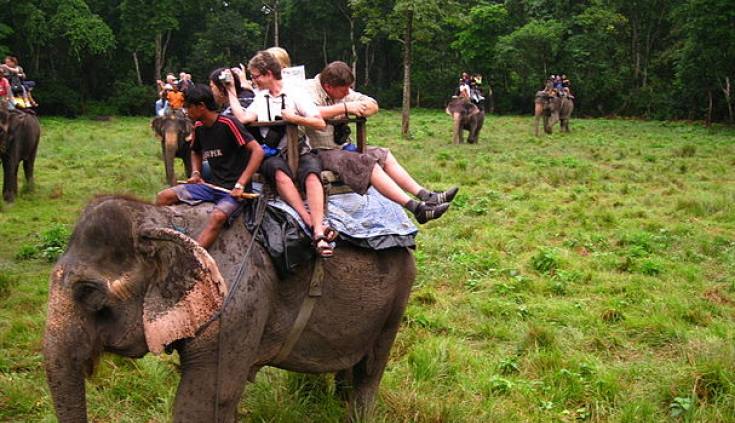 Our standard answer to this question is that there is no best time of year for everybody. The best time for you will depend on how high you intend to trek, how you feel about crowds, and your tolerance for cold, heat and dampness (to name just a few main variables). Each season has its pros and cons, so read this column through the lens of your own requirements. Fall (October-November) is normally dry, stable and very clear, with the most reliable mountain views. (That said, bad weather can strike at any time of year-a disastrous storm in November 1995 brought up to 9 feet of snow in the high country and claimed dozens of trekkers' lives.) Temperatures are moderate, making it a good time for any trek. It can be cold at night higher up, but not as cold as it gets in winter, and the daytime temperatures are pleasantly cool for walking. At low elevations it may still be quite hot during the day, but not as hot as in spring.

However, thanks to the weather, fall is also the most popular season for trekking. You'll hit long lines at the permit offices (especially during the big Dasain festival), guides and porters will charge top dollar, the tourist quarters will be hustley, and all the standard routes-especially Annapurna and Everest-will be maxed. Don't expect solitude. Winter (December-January) is for the most part dry and settled, albeit colder. How cold depends, of course, on elevation.

If you want to go to, say, Everest Base Camp (at about 17,000 feet) you'll have to be prepared for overnight lows of -10° to -20°F; high passes at this time of year are icy and will probably require crampons and some technical experience. But if you're not into winter conditions, just stay lower: since Nepal is about as far south as central Florida, the lower hills will still be surprisingly springlike-below about 6,000 feet you won't even see frost. The trails are relatively quiet in winter, but note that many teahouses may be closed, especially higher up. The days are shorter, too. Temperatures and the snow line rise steadily during spring (February to about mid-April), while the likelihood of precipitation increases.

The warmer weather brings more trekkers, though not as many as in autumn. The main factor that keeps the numbers down is a disappointing haze that creeps up in elevation during this period. By April, you probably won't get good views until you reach 12,000 feet or so. However, the rhododendrons are spectacular in April at about 6-8,000 feet. It gets that much hotter, hazier and unsettled in May and early June. The warming Asian landmass has begun drawing air up from the south, ushering in the pre-monsoon-a period of erratic afternoon clouds and occasional squalls as hot, dry air from India is forced up over the mountains. The trails and teahouses again begin to empty out.

This is a time for going high, but be prepared for rain, especially in traditionally wet areas such as Annapurna. The monsoon proper begins when the warm, moist air from the Indian Ocean arrives. The rains generally advance from east to west in early to mid-June. They build to a peak in July and early August, then taper off again until clear weather returns by early October.

Even at the monsoon's height, however, it doesn't bring continuous torrential rain-torrential, and sometimes you'll get breaks in the clouds or even patches of blue. Few foreigners trek during the monsoon because of the rain, mud, leeches, travel difficulties, and general lack of mountain views. The leeches along the mid-elevation trails are not for the squeamish! If you want to stay drier, head for areas in the Himalayan "rain shadow," such as Mustang or Dolpo-or skip Nepal and hit Ladakh, Tibet, or Pakistan.