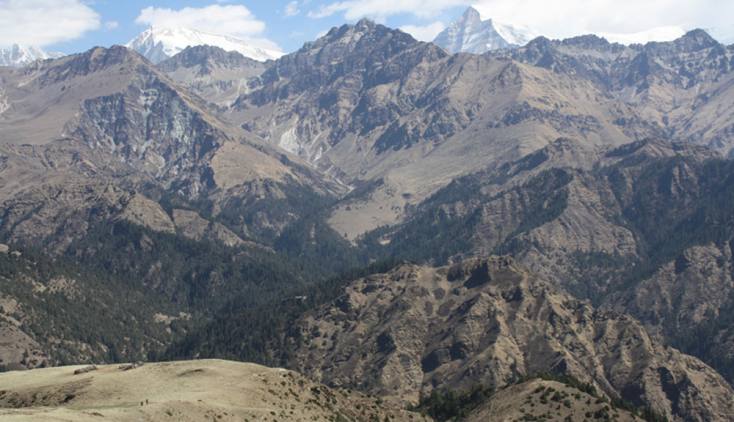 The trek starts from Dhorpatan tillSisne Village on combination indicated as Dhorpatan – Sisne Trek. The either path from can be selected Burtibang or Namuna or Jaljala which leads to Gurjaghat; the junction of the paths firmly mentioned. The routes have passes in the middle. Gurjaghat will take us to Falgune pass and Neubang pass that provides a beautiful view of Sisne Himal and the west Dhaulagiri mountains. The culturally rich and beautiful village Maikot and Maurachour will lead us to Sisne Village. The mid junction between Sisne Village and Gupta Daha, we can also go Rukumkot; a village that carries religious value and which nick- named as a place with 52 pond and 53 lakes. From GuptaDaha, we can choose Rokaja path or go straight ridges to Dammana and downwards to Shyarpu Lake and enjoy the fish varieties along with hot water bath.

The trek serves us a new and uniqueness with the old village settlements, the tradition & culturally rich Magar Culture of the beautiful Maikot village; the origin of Magar ethnic, the Dalit Culture too, historic value of Sisne which reflects civilian war during Maoist focal rule in 1996 to 2006 A.D. and, we can see the war trenches in the form of debris till today. The history during the civilian war will tell us about a combined Campaign; Sisne – Jaljala Campaign that had brought the concept of economic activity, animal husbandry.  The trek will also serve us biodiversity rich of the Dhorpatan Hunting Reserve, the only hunting reserve of Nepal, good landscapes, the panoramic view of mountains from Sisne.

The trek is considered a mixed one in which home stay and camping will be carried out during the trek period. The trek with Western Nepal Treks is always for the local taste, the adventurous and to share knowledge out of this trek.