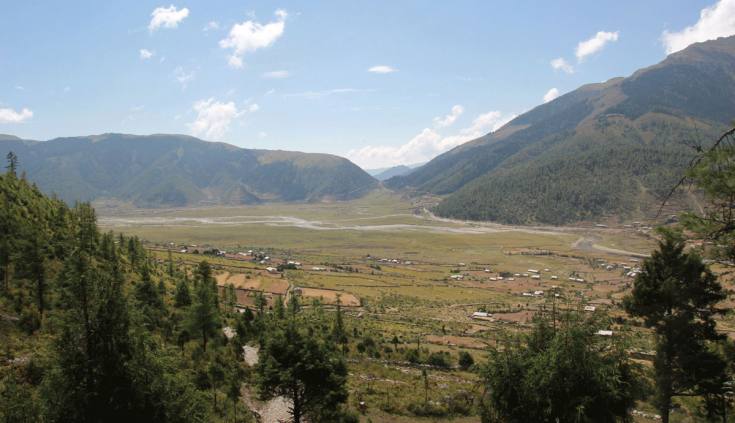 This trek will be quite interesting for the more adventurous trekkers and, those interested with the history of the Maoist Guerrilla movement in Nepal and, the beautiful geographical landscape. The region now, after the peace accord in 2006, have received immense peace, is beauty and, is always ready to provide heart-warm Nepali hospitality to every visitor with flower gasslands and, fine facilities of home-stay.

The trek starts from Dharbang and, ends at the Syarpu Lake. The trek provides a scenic beauty of the West Dhaulagiri range. Yarsha Trek, Dhorpatan Trek, West Dhaulagiri Trek, Jaljala Trek lies at the periphery of The Guerrilla Trek. From the Jaljala pass (1414 m), we receive beautiful sights of Dhaulagiri 1(8172 m) & West Annapurna Range and, entrance to the Dhorpatan Hunting Reserve that covers Rukum, Myagdi and, Baglung districts. This hunting reserve is the attractive point for most of the tourist, the only hunting reserve of the country. Besides popularly known to be hunting reserve, there are also 22 water taps, Banpo Monastry and, a Tibetan Ayurvedic School.

This place is blessed with wide-ranging natural resources and, biodiversity some of which are varied wild life in the Dhorpatan Hunting Reserve, waterfalls, rivers, eye- catching Lakes such as Shyarpu Lake, Kamal lake (Lotus), Baunna Pokhari, Eksaya tripanna Taal, sensational Himalayan vistas, recent historical sites at a post- conflict zone, Kham & native cultures, sacred caves, magnificent water- falls, views of Annapurna, beautiful landscape of the Rukum Valley. The splendid high elevation meadowswith the origin site of Yarshagumba, Jatamashi recalls visitors again and, again. Kham culture at Maikot has profound influence in these regions. The trek will also experience us the Hinduism favoured culture, stick dance, singaru song along with dance, shaman dance (Jhankri dance), ethnic mostly of Gurung and, Pun Magar which also means directly sharing cultures of the specific ethnic group. The trek also provides opportunities of hot spring bath at various points of the trek. Other possible recreation parts in the near future includes paragliding, rafting but due to not enough reiki these sectors have not been explored very well.

Falgune pass will allow us to have sights of many Himalayas such as Putha (7246 m), Gurga (7193 m), Churen (7371 m), Dhogari (7193 m), which are also known as West Dhaulagiri Range.The final pass of the trek, Punam Chautara (2675 m) will provide us an opportunity to see West Dhaulagiri and, the Sisne Himalaya fortifying beautiful landscape of the Rukum Valley. Sisne Himal for the first time was scaled by the explore team of Western Nepal Treks and Expedition in 2013. There is a legend that when the peak of Sisnehimal was growing day by day making attempt to touch the heaven, it was chopped down by God; now, the part which separated at another place became Dhaulagiri range. The peak has the shape like that of a fish tail. So, is also commonly known as sister of fish tail (Machhapuchhre Himal of Pokhara City) at this modern time. The northern side of the Syarpu Lake provides opportunities of cannoning and, rock climbing. The Syarpu Lake could be a best place to stay few days due to its various recreational opportunities and, famous local fish. Typical of dishes includes daal- bhat- tarkari, lentil soup natal soup with dhindo, organic food(of rice, beans, corns, millet, barley, buck-wheat), spirits of chhyang, raksi- distilled and, that of drinks include locally distilled raksi, fermented spirit of chhyang which are usually used indispensably for entertaining guests.